Short description of the project:

The main purpose of this project is to synthesize high-performance, water-soluble single-component free radical photoinitiators showing absorption characteristics in the visible range, enabling them to be tailored to produce three-dimensional micro-fabricated hydrogel structures as an extracellular matrix for 3D bioprinting.

Due to the constant search for effective initiating systems which will be characterized by the highest possible solubility in water, as well as a good energetic compatibility with modern, pro-environmental light sources, such as Vis-LEDs, a research plan has been proposed to develop, study and test new free-radical photoinitiators. The most important research issues to be addressed in the proposed project include:

Primary research aimed at the experimental clarification of the above issues will not only contribute to a better understanding of the mechanisms of initiation of free-radical photoinitiators, but will also provide guidelines for the design of new, water-soluble, effective, visible initiators for free-radical polymerization. Thus, the development of new, Polish radical photoinitiators for free-radical photopolymerization of materials for biomedical applications and the knowledge of the properties of these compounds, their influence on the polymerization kinetics as well as the mechanism of action should significantly accelerate technological progress in this field.

The proposed project was designed to fill a research gap for water-soluble radical initiators that would effectively initiate visible light photopolymerization processes and, in addition, would not exhibit toxicity. The new photoinitiators would be effectively used to obtain microfabricated hydrogel structures as an extracellular matrix for 3D bioprinting. 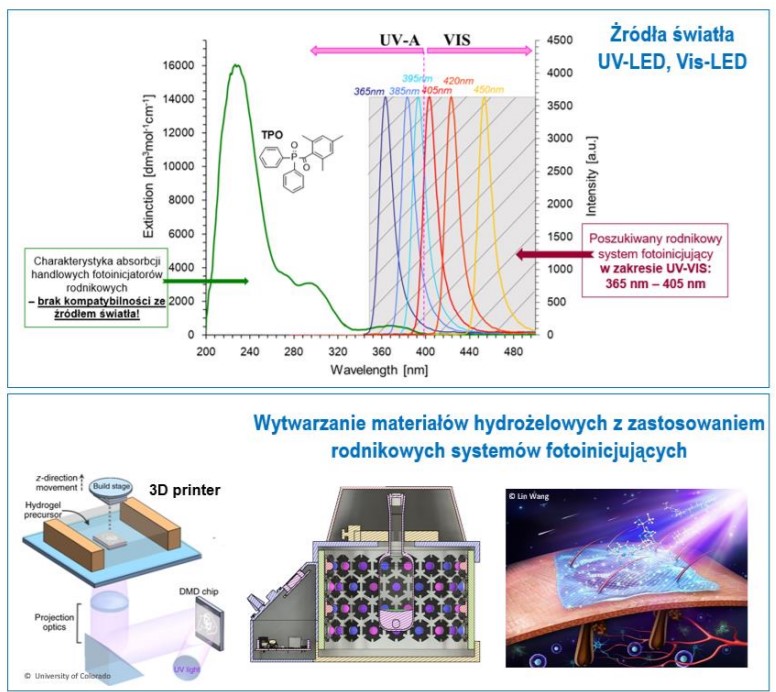 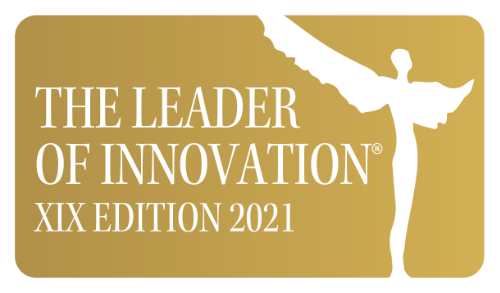